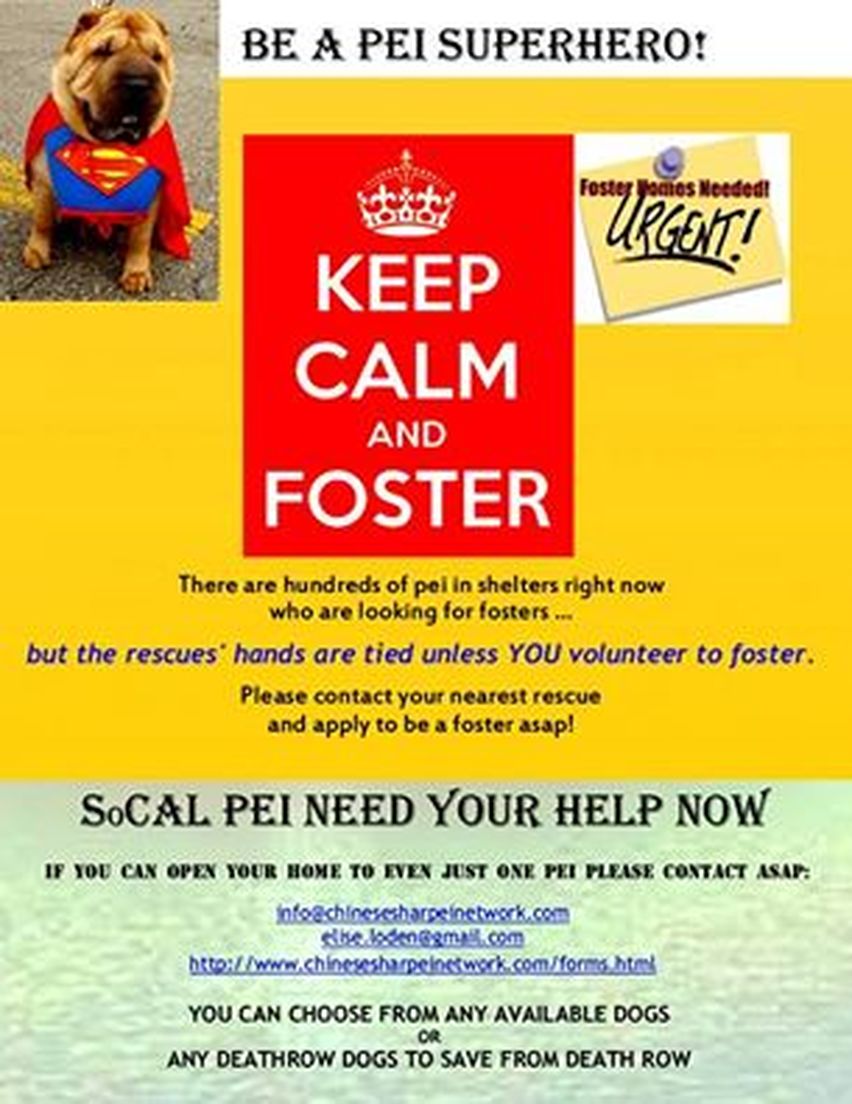 uthor Unknown
"My foster dog stinks to high heaven. I don’t know for sure what breed he is. His eyes are blank and hard. He won’t let me pet him and growls when I reach for him. He has ragged scars and crusty sores on his skin. His nails are long and his teeth which he showed me are stained. I sigh. I drove two hours for this. I carefully maneuver him so that I can stuff him in the crate. Then I heft the crate and put it in the car. I am going home with my new foster dog. At home I leave him in the crate till all the other dogs are in the yard. I get him out of the crate and ask him if he wants ‘outside.’ As I lead him to the door he hikes his leg on the wall and shows me his stained teeth again. When we come in he goes to the crate because that’s the only safe place he sees. I offer him food but he won’t eat it if I look at him, so I turn my back. When I come back the food is gone. I ask again about ‘outside.’ When we come back I pat him before I let him in the crate, he jerks away and runs into the crate to show me his teeth. The next day I decide I can’t stand the stink any longer I lead him into the bath with cheese in my hand. His fear of me is not quite overcome by his wish for the cheese. And well he should fear me, for I will give him a bath.
After an attempt or two to bail out he is defeated and stands there. I have bathed four legged bath squirters for more dog years than he has been alive. His only defense was a show of his stained teeth that did not hold up to a face full of water. As I wash him it is almost as if I wash not only the stink and dirt away but also some of his hardness. His eyes look full of sadness now. And he looks completely pitiful as only a soap covered dog can. I tell him that he will feel better when he is cleaned. After the soap the towels are not too bad so he lets me rub him dry. I take him outside. He runs for joy. The joy of not being in the tub and the joy of being clean. I, the bath giver, am allowed to share the joy. He comes to me and lets me pet him.
His skin is healing. He likes for me to pet him. I think I know what color he will be when his hair grows in. I have found out he is terrified of other dogs. So I carefully introduce him to my mildest four legged brat. It doesn’t go well. Two weeks later a new vet bill for an infection that was missed on the first visit. He plays with the other dogs. Three weeks later he asks to be petted. He chewed up part of the rug. Eight weeks later his coat shines, he has gained weight. He shows his clean teeth when his tongue lolls out after he plays chase in the yard with the gang. His eyes are soft and filled with life. He loves hugs and likes to show off his tricks, if you have the cheese.
Someone called today and asked about him, they saw the picture I took the first week. They asked about his personality, his history, his breed. They asked if he was pretty. I asked them lots of questions. I checked up on them. I prayed. I said yes. When they saw him the first time they said he was the most beautiful dog they had ever seen.
Six months later I got a call from his new family. He is wonderful, smart, well behaved and very loving. How could someone not want him? I told them I didn’t know. He is beautiful. They all are."
Fosters change the world, so please consider opening your home to a dog in need. Short and long-term fosters needed in southern Calif. Even Superman had foster parents -- If you can help, please fill out our online foster app - Thank you!

In addition to donations of equipment and money to pay veterinary bills and spotters to visit shelters and look for Shar Pei and Shar Pei mix breeds, we always need foster homes. Please fill out the Foster Application if you can provide a loving home to a rescue Shar Pei till adopted into his or her furever home. 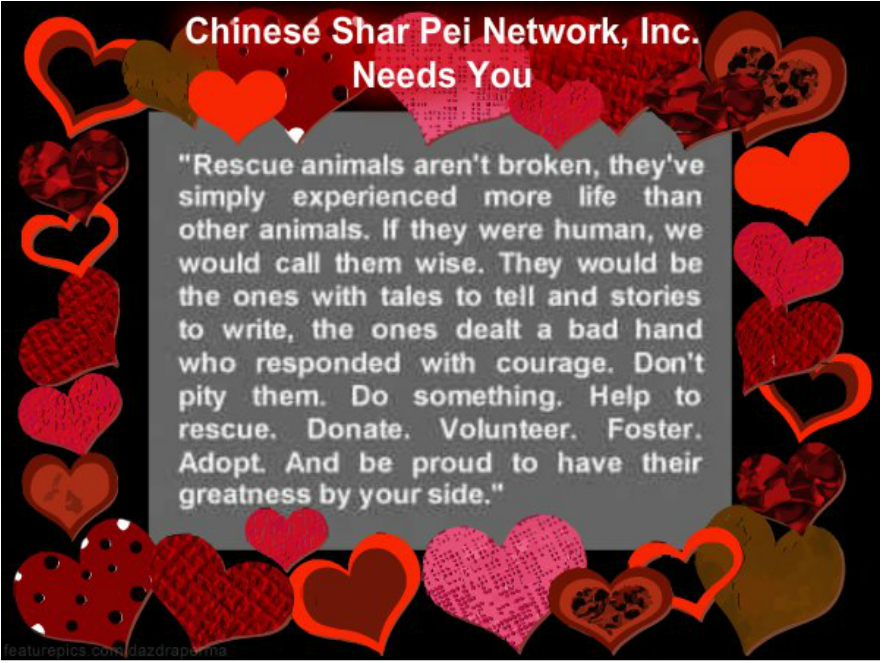